Yesterday, the eighth, my mom and I made a timeline. We went outside and I immediately got attacked by bugs. There were water bugs, mosquitos, no see ’ems and I’m just getting started. But overall it was a good time, it was very sunny and warm! I could even wear shorts! On the timeline, we had to put many major events in the history of the earth. These events were all about geology. These events were like “the earth forms” or “modern plants”. 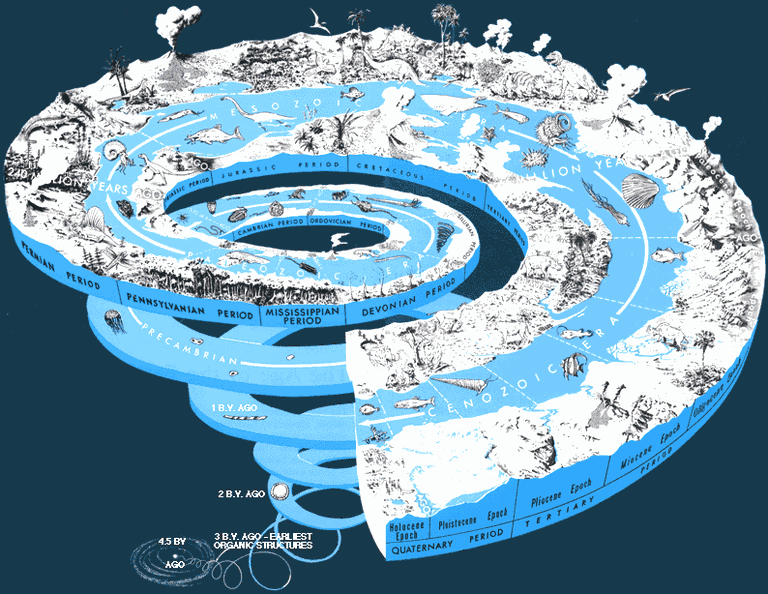 The events consisted of “earth forms, 4.6 billion years. 46 meters” All of them will have a time and a place on the timeline.  Next comes “Oldest rocks found today are formed, 3.9 billion, 39 meters.” These go on, to become a total of twenty events on the timeline. All of them extremely important events in our earth’s geologic time. But the most interesting thing about this was that around 100 million years ago, more things started happening in the geologic time of our earth. Things started speeding up in a sense. All in all, this timeline project was pretty fun! I enjoyed it.

This week we have been out of school! sounds nice but we had quite a bit of homework. But on the other hand, we didn’t have to wake up early! We had homework in almost every class. A lot of it wasn’t due until Friday or Sunday though. That was the only thing keeping my sanity in check. These last couple of days I think that I’ve lost my motivation to do anything. Working on homework most of the day every day is a little boring. Some of the homework was fun though.

Shane assigned an at-home experiment. It was making no-bake cookies and answering questions about the scientific side of baking. It was very fun making these cookies! I got the ingredients out and started making it. Then while I was stirring the mixture on the stove my mom did the other parts of the recipe. Like measuring the peanut butter and oats. When the mixture on the stove started to boil, I was very surprised. I didn’t know that sugar, milk, cocoa, salt, and butter could boil!

This summer I’m going to one of my favorite places on earth. It’s called Interlochen Center for the Arts. Last year I went for two weeks and studied general arts. In general arts you get to pick your electives that you will be doing for the next couple of weeks. I studied Arts & Crafts, Environmental Education, Modern Dance, LUNCH, Ceramics and Instrument Exploration. This year I am attending for audio engineering and production. I think it will be very fun!!! No I shall explain sound!!!

Basically sound waves are vibrations. The speaker vibrates, it moves the air. The air then bounces of of each other, until it reaches your ear. That’s why it’s called a sound wave. But if your ear is out of range for those vibrations to keep going to reach you, your ear won’t be able to hear the sound. In your throat you have vocal cords. Your vocal cords vibrate, making sound. Did you know that your vocal cords vibrate multiple times per second??? Or that there is no sound in space? This happens because there are no molecules there. Here on earth we have air molecules for the sound to travel through. 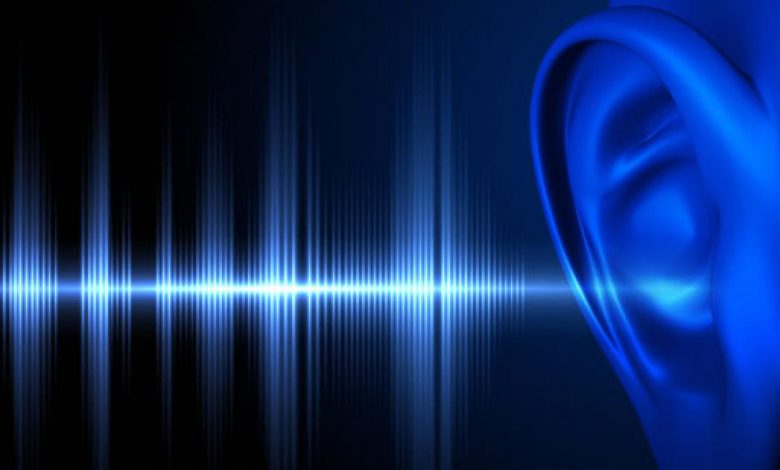 I wonder if I’ll have fun at Interlochen?

I wonder how far sound can travel through water? 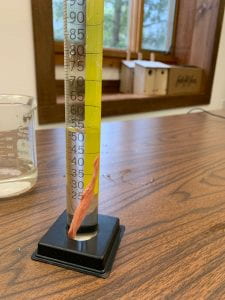 1. How good was the bubble gum?

2. Does saliva break down sugars?

3. What year was bubble gum invented?

Hi, my name is Raye Jean Montague. I am a scientist from the modern era. I was an American naval engineer, born in Little Rock, Arkansas, on January 21, 1935. I was born to Rayford Jordan and Flossie Graves Jordan. In my early life, I was inspired to pursue naval engineering when I saw a German submarine that had been captured by America and put on tour across the country. I attended St. Bartholomew school before moving to Merrill high school in Pine Bluff, graduating in 1952. I  attended the Arkansas Agricultural, Mechanical & Normal College — now known as the University of Arkansas in Pine Bluff because I wanted to study engineering. I graduated in 1956 with a bachelor of science in business.

In 1956 I joined the U.S. Navy in Washington D.C. as a clerk typist. At work, I sat by a 1950s UNIVAC 1 computer. By watching,  listening and practicing after hours I taught myself how to use it.

When I was interested to learn how to use the computer, I asked the operator if he would teach me. He declined, saying, “if I did then you would have my job!” When I had mostly figured out how the computer worked just by watching, I looked for a chance to try my hand at it. When I first tried the computer, my boss said, “Raye, I didn’t know that you knew how to work the computer.” “I don’t”, I replied, “but I know how to work it enough to do my job.” After that, he reluctantly said, “well you know more than any of the rest of us, so from now on, this is your job.”

In 1971, president Nixon ordered a new ship to be designed. Yet, instead of giving us two years to complete a rough draft, as had been the history of the Navy, he wanted it done in a mere 2 months. The admirals gave me one month to do it, but, through the use of computer-aided design, I was able to produce the draft in only 18 hours and 26 minutes. This was the first computer-generated rough draft in the history of the Navy. After this feat, my career took off and I became the U.S. Navy’s first female program manager of ships and held a civilian rank equivalent to that of a captain.

I was married three times, in 1955, 1965 and 1973. While I was married to David H Montague I had one child, David R Montague. He’s a tenured professor of criminal justice at The University of Arkansas at Little Rock. David and I are very close. I’ve gotten him through a lot. We are very similar in our ideas, our mindset our determination and our smile.

“My mom certainly made me believe I could do anything I wanted as long as I had the skill sets and the determination,” my son said. “I saw her having to fight and fight, and I had to deal with a lot of that myself.”

Sadly, I died because of congestive heart failure on October 10, 2018, I was eighty-three years old. But I died proudly. I created a computer designing program that helped people make new designs for ships. Through watching my interviews you can see that I was funny and kind and smart! I revolutionized a big part of the Navy. I think that I would ask myself; Did I do a good job on the first design?  Who was my biggest inspiration? Did I teach many other people? 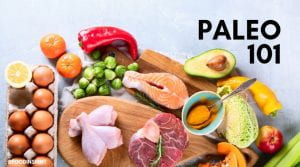 Paleo means “older or ancient, especially relating to the geological past.” The Paleo diet is eating foods that are wholesome and nutritious. The foods that the paleo diet is based on are the foods that we would have eaten during the Paleolithic era. Which dates from 2.5 million to 10,000 years ago. This diet typically consists of lean meats, fish, fruits, vegetables, nuts, and seeds. This diet limits the consumption of foods that became common in farming during the past 10,000 years. This diet was created in the 1970s by a gastroenterologist named Walter Voegtlin. Walter was the pioneer of this diet.

People who are on the paleo diet can enjoy weight loss, lowering blood pressure, and controlling blood sugar in the short term. But experts caution that in the long run, this diet may lead to nutrient deficiencies and other health risks.

Last week we went on a journey through the Pathfinder campus. We were going on a snowshoeing adventure! We walked down the driveway and honked when the signs said to. Then we walked down the second driveway, the dirt one, and kept going. we ended up at the boathouse and we checked for the cat. Audrey and the other staff kids go after school and put food and water down there for him/her. He/ she usually eats the food. We were wondering if he/she uses the little comfy bed that they put out for him/her. The little makeshift bed is a cardboard box with a fleece blanket inside to keep him/her warm and cozy. They cut a hole in the front so that he/she can crawl inside when it’s cold. 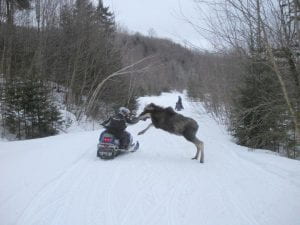 That wasn’t what it looked like by the way.

We kept moving. We went out on the dock, and then the ice. The ice was quite thick so there were no problems until Lars cracked it a little… Then I stepped right where he had stepped a moment before. Luckily nothing happened, at least that could kill us. Later we were walking down the birch trail Audrey started yelling for us stragglers to “Hurry up! You NEED to see this!” So I started to walk a little bit faster. But when I got there I was amazed by what I was seeing! There was what seemed to be a murder scene. (Obviously not human). It looked like an animal had full-on attacked a bunny or something of that size. It was right in the middle of the trail, too! A little off of the trail there was more blood and fur. The whole scene smelled like urine too. 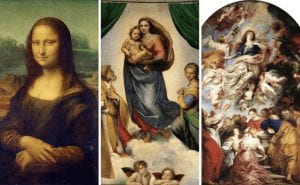 We did a unit on The Renaissance in all of our classes for two weeks. As I am writing this it’s coming to an end. The Renaissance unit was very interesting because the teachers split us into “virtual grades” with the 5-8 grades mixed together. We had a lot of fun in our “virtual grades”! In math we built castle and it was really fun to see how they would have mapped them out. In LASS we painted a Renaissance style painting and we wrote sonnets, soliloquys and haikus! In science we made Gutenberg presses and it was super interesting to make our own! The two weeks were very fun! Thank you to all of the teachers for making them amazing!

The winter concert is an annual performance. The performance is put on by the fourth graders and is an annual Christmas concert. The fourth through eighth-graders have been working for this performance for about 2 months. We have worked very hard for this and it was awesome. It was really fun and I believe that almost everyone enjoyed it. Everyone came and it was a fun time! It was super exciting! 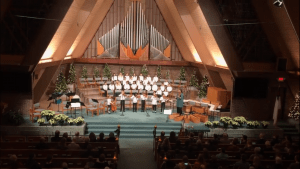 All of the classes had at least two songs. All of them were very unique. Showing off all of the unique people at Pathfinder. Our class did a song called “Flying” by Cody Fry. Flying is a very beautiful song. Three of our class members sang, one person did the keyboard, one person did the piano, and I danced along to it. We also did a song called ”Cradle Hymn.” Cradle Hymn is an Orff piece that is kind of like a creepy lullaby.

Powered by WordPress | Hosted by Edublogs | Protected by CloudFlare